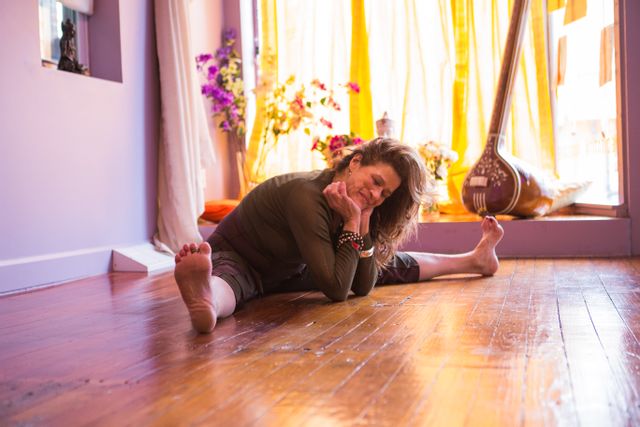 Janet's discovery of yoga in 2001 has transformed her life!

Through her studies at Yoga on Main, she was introduced to the language of Yoga - Sanskrit, and Ashtanga Yoga. Janet studies Sanskrit, Meditation and Ashtanga Yoga with Zoe Mai of American Sanskrit Institute, and is an Apprentice Sanskrit Level 1 teacher. She is also a Certified Reiki Master and does many forms of energy work.

Janet's passion as a teacher is to inspire her students to become confident, self-loving and to tap into their inner strength, wisdom discovering the poses from inside rather than force them from the outside. She focuses on the breath to move into the subtle body in order to really feel the poses and their effects and after-effects on the body, mind, and spirit. Her classes are deeply relaxing, joyful and fun.

See the classes Janet is teaching